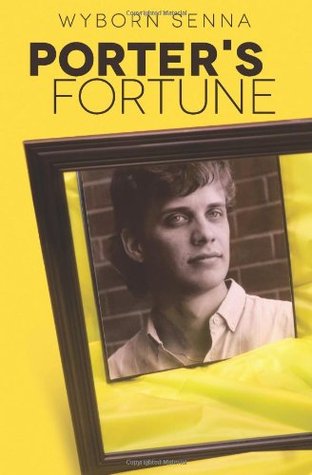 An entertaining and well-told story.

I found it hard to put this book down. With a large cast of characters, the story moves back and forth between the east and west coasts of America. The plot focuses on the rivalry between two brothers, who share a number of dark secrets that they need to keep hidden.

I really enjoyed this book and became intrigued by the first brother, George Patrick Porter, or Porter as he is known throughout. Porter is bi-sexual and a complex character who has multiple problems, including bulimia and a tendency to sleepwalk his way into trouble.  The other brother, Sam, is more attractive, dominant, successful and self-centred than Porter.

The brothers have remained close and kept their secrets even closer. Sam is determined to keep it that way. So, when Porter is given a lead role in a new television production and moves to Los Angeles, Sam grows increasingly concerned and resentful and starts to unravel.

Full of twists and turns, Porter’s Fortune kept me guessing as events between the two brothers unfolded. Filled with interesting characters and a suspenseful and at times chilling story, I found myself eagerly turning the pages to find out what happens next.

A recognized writer who works in the entertainment industry in Burbank, California, Wyborn Senna has a B.A. in journalism from St. Bonaventure University in New York and a Masters in Professional Writing degree from USC and has worked in the closed captioning industry since 1987, taking a break from that to live in San Luis Obispo from 1991-2000. Before choosing the pen name Wyborn Senna, the author published Barbie magazine articles, price guides, and ID guides, did radio interviews, and conducted vintage Barbie appraisals at the May Company’s debut for the Barbie Fossil Watch, publicized in the L.A. Times. Senna also had the privilege of selling the Virginia Stewart Barbie Collection on eBay for $77,500 in 1998, during which time Senna received several threatening emails “strongly” suggesting that the collection be broken up into affordable lots, thus providing sufficient inspiration for Bury Me With Barbie, which got the attention of Literary Agent Elizabeth Trupin-Pulli. Other books by Senna that are handled regarding reprint, TV and movie rights by Trupin-Pulli include Porter’s Fortune and The New Elvis.